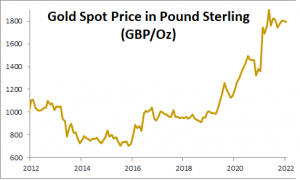 Today we are paying up to...

The more you sell, the more we pay! And we pay even more than the above for coins and bars!

What Influences the Price of Gold? 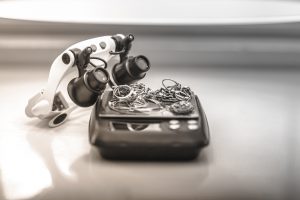 Is Gold a Commodity?

To answer the question “what influences the price of gold?”, we first need to define what gold is in trading terms.  A commodity is a raw material which meets a fundamental need (like a fuel, crop or metal), which has a standardized value no matter where it was mined or grown, and which is interchangeable with other commodities of the same type. In this regard, gold is a commodity.  However, it is different from other commodities in that it also has value as an asset, as a store of value because it has an intrinsic value. It’s a global monetary asset and has features of both a commodity and a currency, making it a commodity currency. In short, gold isn’t easily categorised but there are a number of influencing conditions which will have an effect on its value.

The Value of the Dollar

The dollar is the World’s Reserve Currency, meaning that most governments hold large reserves of US dollars to use in international investments and transactions in a global economy.  As the value of the dollar falls it loses its purchasing power against other currencies, causing their value to rise. This increases the demand for gold, and this demand increases the price or value of gold.

Interest rates in the US have a big influence on the price of gold.  As interest rates rise, the value of gold (which earns no interest) falls.  The opposite is also true.

Demand as a Commodity

Gold is used in jewellery and also has uses in the fields of electronics, medicine and dentistry.  Fluctuations in demand in these industries will affect gold prices.

In times of economic uncertainty, such as the current impasse over Brexit, investors will see gold as a safe haven.  Where as fiat currency (paper money which is only given value by a government) can be greatly affected by economic uncertainty, gold is seen as a way to store wealth and remain relatively immune to the fluctuations of a turbulent economy.  This can cause the value of gold to rise.

Here at GoldMonkeys we guarantee to give you the best price for your gold.  Get a free, instant quote here, and take advantage of the current high gold prices.