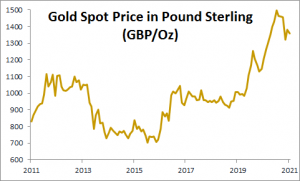 Today we are paying up to...

The more you sell, the more we pay! And we pay even more than the above for coins and bars!

A Brief History of Gold Currencies

If you’re looking for a brief history of gold currencies, look no further…

Even before we had the technology to turn gold into currency, gold has always held a fascination for people. It can be found in streams all over the world, and was easy to spot because of its shininess and lustre!

It’s one of the oldest elements, being discovered thousands of years ago, and was initially used for decorative items like jewellery or statues which people used to worship.

However the Egyptians broke new ground in using gold coins as a way to pay for things – starting the use of gold as a monetary metal. That’s been a primary use of gold since then!

Egypt created what was called the Shekel, a beautiful old coin which was the first one used for trade.

Persians also minted their own gold coins at the height of their empire. They were called Daircs – and were around in about 700 BC.

China, as an ancient civilisation, created gold coins at about the same time, called the Yuan. Interestingly, the Chinese currency today is still called the Yuan!

The Spanish empire had its own coin, called the Doubloon – from the world “Doble” which means “Double”. It was two escudos, and was minted with coins from the New World (South America). They are still very collectable today.

The sovereign is one of the most well recognised coins in the world at the moment, mainly because of their commonplace nature and the fact that the British Empire was in every corner of the world.

It was struck after the Napoleonic wars, in 1817, and at the beginning it was unpopular as people wanted to use paper money – rather like today! However it gained acceptance and was used right up until the English and UK decimalisation in 1971. Now it’s used in jewellery and as a collector’s piece.

We buy lots of sovereigns and gold coins from customers.  If you’re interested in selling old gold coins (or any unwanted gold) you can see how much we will pay you for them using our calculator here.